As a college professor, yoga teacher, Italy’s official tour guide, and passionate world traveler, I have been designing and leading spiritual and wellness tours in Italy and the United States since 2004. As a guide, I have worked with colleges in Canada and the U.S., mostly choirs on their Italian tours.

In October 2014, while teaching as a Visiting Professor at Vassar College, I organized my first “contemplative journey” in partnership with the Vassar Travel Program and Pravassa Wellness Travel. The tour was called “Inner and Outer Landscapes in the Land of Enchantment” and its destinations were Santa Fe and Taos, New Mexico. I lived in Taos in 2013/2014 as a Fellow at the Helene Wurlitzer Foundation of Taos and also as a student at the Earthship Academy, a sustainable community on the Taos mesa. We had seven travellers on this tour, five Vassar College alumnae and two Smith College alumnae. We started the day with yoga and contemplative practices, and then continued on to our various locations, following the thread of inner travel and awareness. 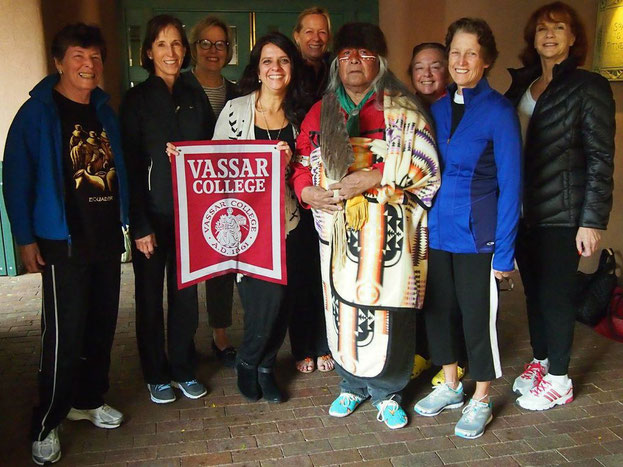 Sangeeta Laura Biagi and the travelers on the tour Inner and Outer Landscapes in the Land of Enchantment with Gary Pyne, the governor of Picuris pueblo. Santa Fe, October 2014